Cordially invites you to our 2021 Humanities Conference

MARY MOTHER OF JESUS IN THE KORAN AND MUSLIM PAINTINGS

With His Excellency Most Reverend Luigi Bressan, JCD
Archbishop Emeritus of Trento, Italy 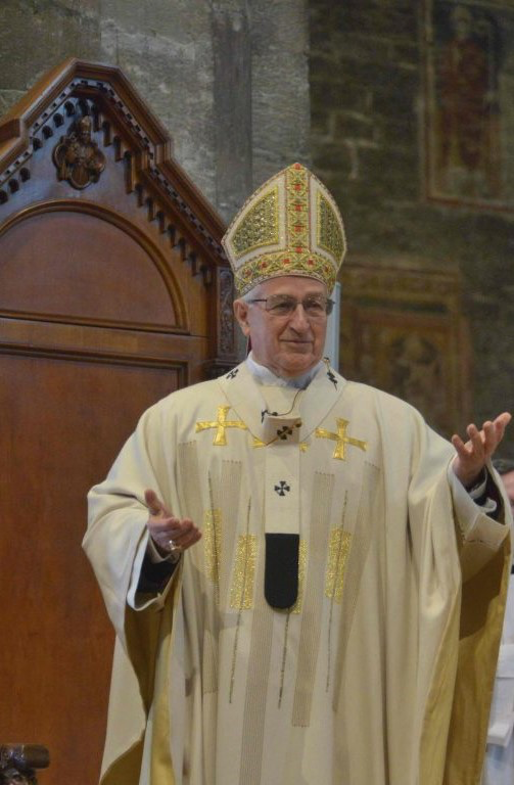 To obtain the password for the event please write to: online@sjvcs.edu with a short description on why you would like to attend.

LUIGI BRESSAN, Archbishop Emeritus, was born in 1940 from a poor and devout Catholic family in the province of Trento (Italy). The fourth of eleven children, he attended the local seminary, before being ordained a priest in 1964, and being sent to Rome to study at the Pontifical Diplomatic Academy and at the Pontifical Gregorian University. Between 1971 and 1982, he served in the apostolic nunciature of South Korea, the Ivory Coast, and Brazil; in the Secretariat of State; and as Permanent Observer of the Holy See to the United Nations in Geneva. Consecrated Bishop in 1989, he soon became the Pope’s representative in Pakistan and in seven countries of South East Asia. From 1999 until 2016, he was appointed Archbishop of Trento (Italy), where he is currently retired. He is the author of twelve volumes and several articles about Christian marriage, religious freedom in international law, the history of the Church in Siam/Thailand, inter-religious dialogue, including three books concerning the Christian influence in Islamic painting, particularly about the Virgin Mary. Last, but not least, he is also a member of the Pontifical Academy of the Immaculate Mary.